Do You Get Anxious When Driving Next to Semi-Trucks? You’re Not Alone. 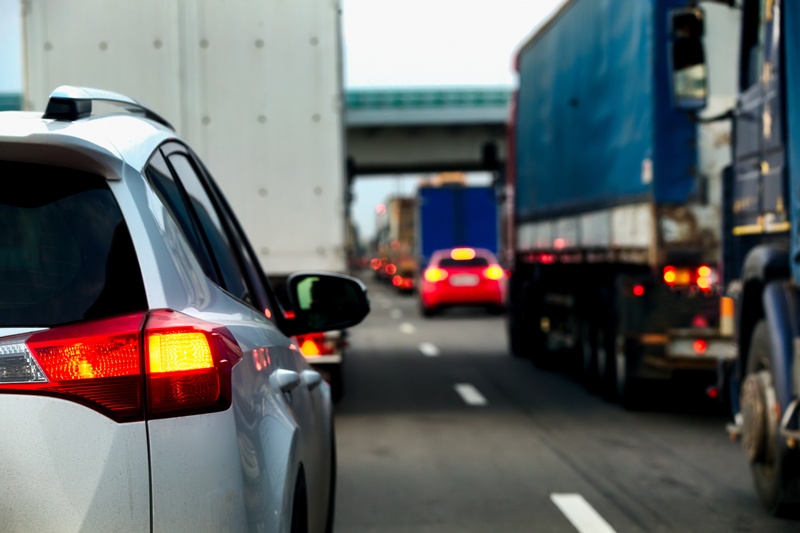 Semiochophobia is the non-dictionary definition of the fear of semi-trucks. It’s a mutual feeling so many of us drivers face, and yet we continue to face it head on: driving next to them on a daily basis. Behind them, in front of them and sometimes—what we tend to do—rapidly away from them. With the high number of semi-truck accidents New Mexico sees on its roads each year, it’s no surprise that non-semi-truck drivers tend to be fearful of these commercial trucks.

The main culprit of this fear? For many, it tends to be the weight and size of these trucks. On average, semi-trucks weight 80,000 pounds. That’s compared to the average weight of a vehicle of a car, which is 4,000 pounds. In addition to the weight of these trucks, semi-truck drivers cannot always see you. With several blind spots, drivers often make lane changes and turns without ever seeing other vehicles, forcing these drivers to move abruptly in order to avoid being struck. These types of scenarios are what many accident recollections sound like.

While we wish there could be a separate highway for semi-trucks and commercial trucks in general, it’s likely not happening anytime soon. Your best defense is to drive with caution and share the road as you would with any and all other vehicles. There are many ways to avoid collisions with semi-trucks and it starts with you.

We know semi-trucks are much larger, which translates to the following:

Every time you drive pass a semi-truck, keep in mind:

A large part of the fear of semi-trucks is the thought of an accident. According to Nationwide.com, car drivers contribute to over 70% of car crashes. That means, as a driver, can dramatically decrease the possibility of a collision. Here are a couple of safe driving habits to practice:

Most importantly, be attentive. Your fear of semi-trucks can feel like a distraction itself but by remaining alert and practicing safe driving habits, you can help reduce the risk of an accident and thus ease some of those fears.

As a personal injury lawyer in New Mexico, Javier Martiez, Jr. has heard many of the first-hand accounts of collisions involving semi-trucks. His role is to ensure these victims receive the necessary help to recover. Medical expenses can easily add up and when they do, it can cause an even greater burden, leading to more pain and suffering. Unfortunately, the majority of accidents involving semi-trucks rarely end with a small scratch. That’s why it’s important to seek legal assistance. Our team will fight for compensation to cover the damages lost in the accident.

If you or someone you know was injured in an accident involving a semi-truck, please connect with us today.