How Dog Bite Law Was Introduced to the Court System 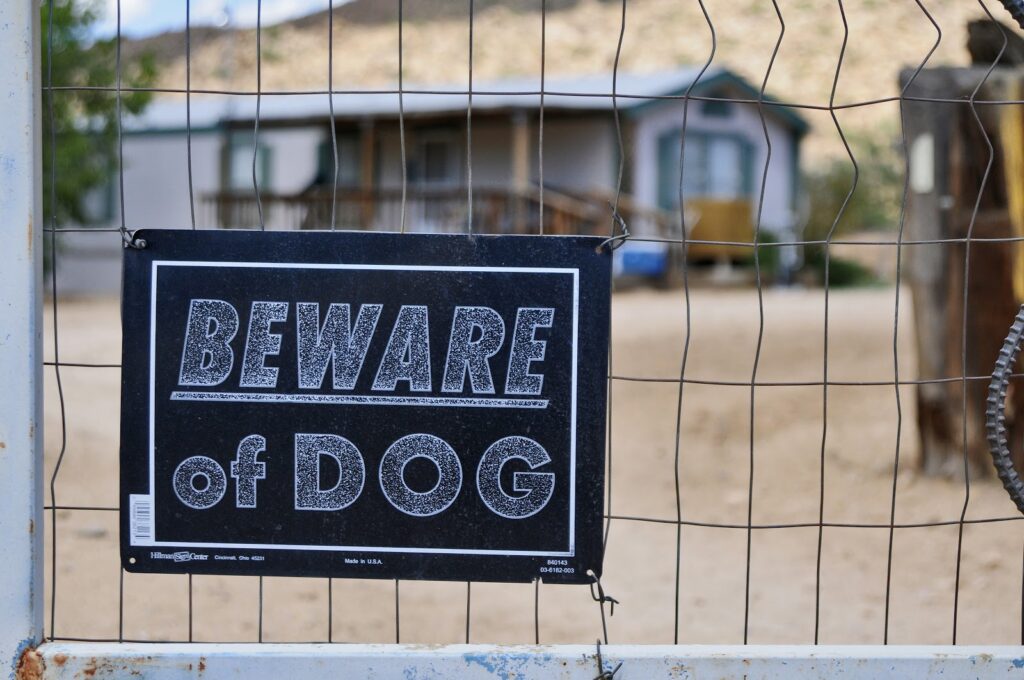 Odds are you’ve seen signs that say something along the lines of “Beware of Dog.” While it may seem silly and unnecessary, these warnings are not to be taken lightly. It is too often of an occurrence when children find themselves in danger or critically injured due to dog bites and attacks. According to a study from the CDC (Center for Disease Control), approximately 4.7 million dog bites occur in the United States each year and 800,000 of those bites require medical care and attention. With large numbers of dog attacks, it wasn’t long before the judiciary branch deemed it necessary to introduce a defense system for citizens. Let’s take a look at how exactly dog bite law came to be and how it has progressed throughout the years.

The Origins of the One-Bite Rule

The one-bite law was active in England beginning on July 4, 1776. During the same time period, the United States adopted this law as well. Due to the fact that it was part of the “common law” (referring to the judge-made law of England), it was not placed into the UK Core. The various pronouncements of the law had to be tracked down in the law books of England, which date back to the 1600s.

How The One-Bite Law Was Reaffirmed in the U.S

Here in the United States, the rule was affirmed in the 19th century on the basis of the logic which is as follows: “The practice has so long and so universally prevailed of permitting dogs to run at large in our streets and highways, without holding the owner liable for any injury, which he had no reason to believe they would commit, that it would justly create great surprise to maintain such a cause of action now. In my opinion, the action will not lie without proof of the scienter.”

In “American Negligence Cases,” they express the rule as it is found in The Second Restatement of Torts. In the text, they state that the owner of a domestic animal that he knows or has no reason to know has dangerous tendencies or behaviors is liable for any home done by the animal to another, even if an individual has exercised the utmost care to prevent any harm. Extensively, the text goes on to state that the liability is limited to harm that results in the abnormally dangerous propensity of which the owner knows or has no reason to know. With this in mind, it goes to show that dog bites are of negligent nature based on the owner’s knowledge of what the animal is capable of.

As previously stated, the vast majority of state governments within the United States have modified the one-bite rule. Much like our nation, the United Kingdom still relies upon the one bite law. According to the National Dog Bite Prevention Coalition, there has been a notable decrease in dog bite cases and claims. The coalition reported a 9% decrease in 2018, which also led to a decrease in expenses and compensation.

What Dog Bite Laws Look Like in New Mexico

New Mexico obtains a “uniform jury instruction” which states that the owner of a dog is liable for damages directly caused by the dog if the owner was aware or should have known of one’s violent nature or inclination. On the other hand, the owner of the dog is not liable to damages if the person injured either knew that the dog posed a danger or the person injured purposefully excited the dog voluntarily or unnecessarily. The state of New Mexico has had a few, but very notable cases regarding dog bite accidents, such as Smith v. Village of Ruidoso, Mallard V. Zink, and Ortiz v. Johnson. Each of these cases played a very important role in the modern dog bite laws of New Mexico and in the nation, overall.

J. Martinez Law: Here to Represent You Through Every Level of Damage and Injuries

With J. Martinez as your lawyer, you can expect to receive the compensation you need to cover your personal injury, bills, and costs, no matter what the case entails. Contact our law firm today to learn more about how J. Martinez Law can help you.